Vancouver, British Columbia: FIREWEED ZINC LTD. (“Fireweed” or the “Company”) (TSXV: FWZ) is pleased to report that yesterday the Government of Yukon and the Ross River Dena Council (RRDC) First Nation announced that they have reached an agreement in principle for the North Canol Road (Yukon Highway 6) and the Robert Campbell Highway under the umbrella of the Yukon Resource Gateway Project. The North Canol Road is the access road to Fireweed’s large Macmillan Pass Project and the Robert Campbell Highway is part of the transportation route from the project to shipping port.

The agreement in principle describes road upgrades which will include bridge replacement and safety improvements on the North Canol Road and resurfacing of 59.5 kilometres of the Robert Campbell Highway. The project has an estimated capital cost value of approximately $71 million with strong input and involvement of First Nations members and businesses. Follow the link for the full text of the announcement: https://yukon.ca/en/news/third-yukon-resource-gateway-project-agreement-reached .

The agreement in principle brings the North Canol Road upgrades under the umbrella of the Yukon Resource Gateway Project which is a $360 million commitment by Canadian Federal and Yukon Territorial Governments to fund building and upgrading of resource project roads in Yukon. Upgrading of the North Canol Road to carry heavy truck traffic was a major cost item in Fireweed’s 2018 Preliminary Economic Assessment (“PEA”) comprising a full 25% of capital expenditures to build the project (see Fireweed news release dated May 23, 2018 for details).

“This agreement in principle with the Ross River Dena Council will provide valuable capacity and economic opportunities to the community and is a tremendous step forward for reconciliation. We look forward to finalizing this agreement and working together with the community to improve this critical infrastructure to enable mineral industry development.”

“Our community has been in need of improvements to the North Canol and paving for the Campbell Highway for many years. We have some of Yukon’s largest prospective mineral and remediation projects but we had been the only community in Yukon without a paved highway. This important project will finally see our members have a safe road to drive to and from work, a road that helps ensure we are connected to opportunity.”

“This announcement is a major step forward toward eventual mine development at Macmillan Pass. I want to thank the Yukon Government and the Ross River Dena Council for their efforts to get this agreement in principle done as well as their ongoing cooperation and support for our project over the years.”

The North Canol Road (Yukon Highway 6) was built by the US Army Corps of Engineers in 1942-44 as part of the construction of the Alaska Highway during the war. When the war ended, the road was allowed to deteriorate but then in 1972 was reopened from Ross River to the Northwest Territories border to allow access for mineral exploration and tourism. Over the ensuing years the road was maintained to minimal standards as a rough but drivable bush road. Since 2017 when Fireweed began working on the Macmillan Pass Project, the Yukon Government has carried out additional maintenance work including replacement of four bridges. Yesterday’s announcement of initial near term funding under the Yukon Resource Gateway Project and potential access to additional future funding is a big step forward toward eventual mine development at Macmillan Pass.

Technical information in this news release has been approved by George Gorzynski, P.Eng., Director, and a ‘Qualified Person’ as defined under Canadian National Instrument 43â€'101.

About Fireweed Zinc Ltd. (TSXV: FWZ): Fireweed Zinc is a public mineral exploration company focused on zinc and managed by a veteran team of mining industry professionals. The Company is advancing its district-scale 544 km2 Macmillan Pass Project in Yukon, Canada, which is host to the 100% owned Tom and Jason zinc-lead-silver deposits with current large Mineral Resources and a PEA economic study (see Fireweed news releases dated January 10, 2018, and May 23, 2018, respectively, and reports filed on www.sedar.com for details) as well as the Boundary Zone, Tom North Zone and End Zone which have significant zinc-lead-silver mineralization drilled but not yet classified as mineral resources. The project also includes option agreements on large blocks of adjacent claims (MAC, MC, MP, Jerry, BR and NS) which cover exploration targets in the district where previous and recent work identified zinc, lead and silver prospects, and geophysical and geochemical anomalies in prospective host geology.

Additional information about Fireweed Zinc and its Macmillan Pass Zinc Project including maps and drill sections can be found on the Company’s website at www.FireweedZinc.com and at www.sedar.com.

ON BEHALF OF FIREWEED ZINC LTD.

This news release may contain “forward-looking” statements and information relating to the Company and the Macmillan Pass Project that are based on the beliefs of Company management, as well as assumptions made by and information currently available to Company management. Such statements reflect the current risks, uncertainties and assumptions related to certain factors including but not limited to, without limitations, exploration and development risks, expenditure and financing requirements, general economic conditions, changes in financial markets, the ability to properly and efficiently staff the Company’s operations, the sufficiency of working capital and funding for continued operations, title matters, First Nations relations, operating hazards, political and economic factors, competitive factors, metal prices, relationships with vendors and strategic partners, governmental regulations and oversight, permitting, seasonality and weather, technological change, industry practices, and one-time events. Additional risks are set out in the Company’s prospectus dated May 9, 2017, and filed under the Company’s profile on SEDAR at www.sedar.com. Should any one or more risks or uncertainties materialize or change, or should any underlying assumptions prove incorrect, actual results and forward-looking statements may vary materially from those described herein. The Company does not undertake to update forward-looking statements or forward-looking information, except as required by law. 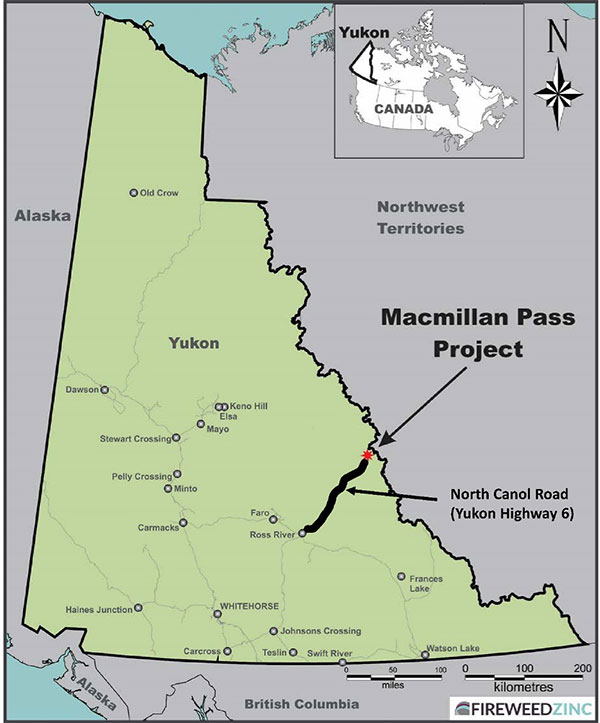 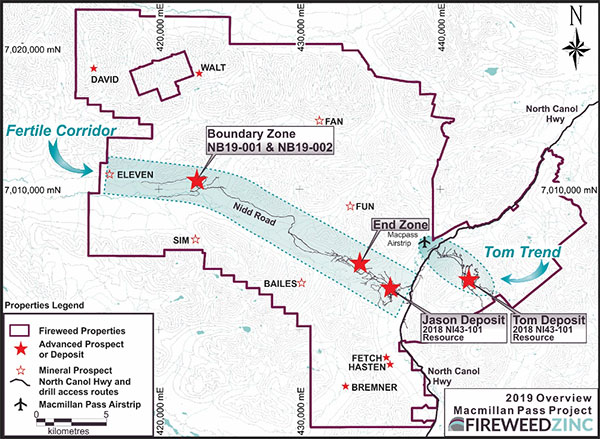